STT to Appear on CBC!! 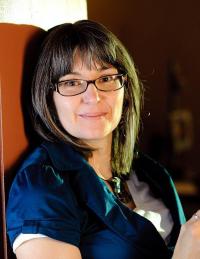 It has been a while since I wrote a producer's note for the site. That is because I literally have had barely any time to even think.

We have been very busy the past few weeks prepping Sweet Tarts Takeaway for broadcast on CBC Ottawa Television!

It all started several weeks ago, when CBC Ottawa contacted me about STT. I figured it was to schedule an interview for the local newscast. Imagine my surprise when it was a Producer who wanted to use STT as part of a fabulous summer series, CBC Ottawa Presents, that features locally-produced programs!

We needed to scramble to get enough family-friendly content for a full one-hour episode. (Sorry, you won't be seeing much of Episode 3 in the televised version.) Plus there was the issue of having to reshoot some of the content to bring it up to broadcast quality.

So, we agreed to see what we could manage, planning a shoot for the earliest possible date that all the actors were available, with the hopes that it would all be good enough for the CBC. In the midst of all this, I had to go to Banff, for almost a whole week, which meant a big chunk of time where I couldn't be planning the shoot. But I couldn't miss Banff!!

Cast and crew pulled together marvellously (as they always do), shooting all the material we needed in one crazy weekend at the end of June. Then crack editor Jacob got to work cutting together the new material, before proceeding to recutting the episodes we had had to reshoot, while Chris mixed audio. Add to that signing contracts, co-ordinating post-shoot business, and the regular tasks of running a production company, and I found myself working 60+ hour weeks. I even worked a few hours on Canada Day!

So now we find ourselves just a few days away from delivering the final content to CBC. Here's the link for information about the Sweet Tarts episode, which will be broadcast on CBC Ottawa at 7 pm, Saturday August 6, 2011. Be sure to check out the other episodes in the CBC Ottawa Presents series. There are some excellent programs from other local filmmakers that are well worth watching.