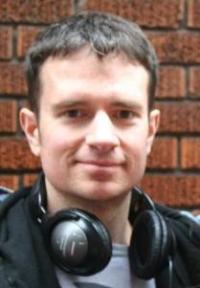 Josh is a graduate of the Vancouver Film School’s foundation film program. A script written while at VFS, Four Friends, went on to be published in the book The Tyranny of Story.

After graduation, Josh worked on a number of productions both in Canada and the U.S., including the View Askew’s Drawing Flies.

Josh has directed, produced and written numerous short and feature-length independent film productions. His work has been showcased on film web sites, screened at a number of schools and festivals (including ones in San Diego, New York and Toronto), and shown on television channels such as Drive-In Classics. He organized and contributed films for the Killer63 Film Fest in 2006-2010 (the now annual screening of the Ottawa independent short horror film collective), and recently shot Kindah True for Ottawa's Painted Lips and Lolly Licks Film Festival.

His upcoming endeavours include a pop-culture news magazine program focusing on comic books, a horror movie starring a pair of vampire sisters and a couple of dark comedy film scripts.