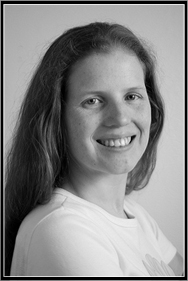 Since graduating from Algonquin College's School of Television Broadcasting and Interactive Multimedia Program, Amber has accumulated 10 years of experience in both television and film productions. Some of her films credits include J-Men where she met the love of her life, and The Heat of the Moment where she spent her time crawling through swamps. She has also worked as a Production Assistant on several TV series. Recently she has been spending a lot of her time with the camera, shooting for production companies on various types of productions.