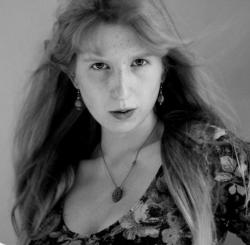 Emma Robinson is an English-Drama Co-Major at University College, University of Toronto. A graduate of Nepean High School's drama program, she won the school's Drama Guild award in 2010, and earned a CAPPIE (recognizing excellence in high school drama in the Ottawa area) award that same year as best costume designer for her school's production of A Funny Thing Happened on the Way to the Forum. For three years, she was a member of Nepean's Improv team, turning to coaching the team in her final year of high school. Since graduation, Emma has assisted with costumes in the St. Michael's College production of Chicago (December 2010), and is currently head of costumes for University College's production of Tommy (February 2012).

Emma has assisted with costumes and other tasks in previous episodes of Sweet Tarts Takeaway, but in Episode 8 she wrote the (intentionally terrible) song The Mountain and the Stream for Dan's band, Wayward Moose, to perform.